When you look up “Personal Jurisdiction” in Black’s Law Dictionary, it directs you to the entry for “Jurisdiction.” We won’t do that to you. We’re here because there’s not enough good information available for law students and new attorneys to make informed choices about their careers.

Join co-hosts Allison Freedman and Hallie Ritzu as we talk to a variety of people within the first 10ish years of practice to hear about their journeys to fulfilling careers and the advice they have for getting there. From government to start-ups; politics to academia; in-house to legal aid—we’ll get the scoop on what it’s really like to work in different areas of the law, so you can chart your own course for success. 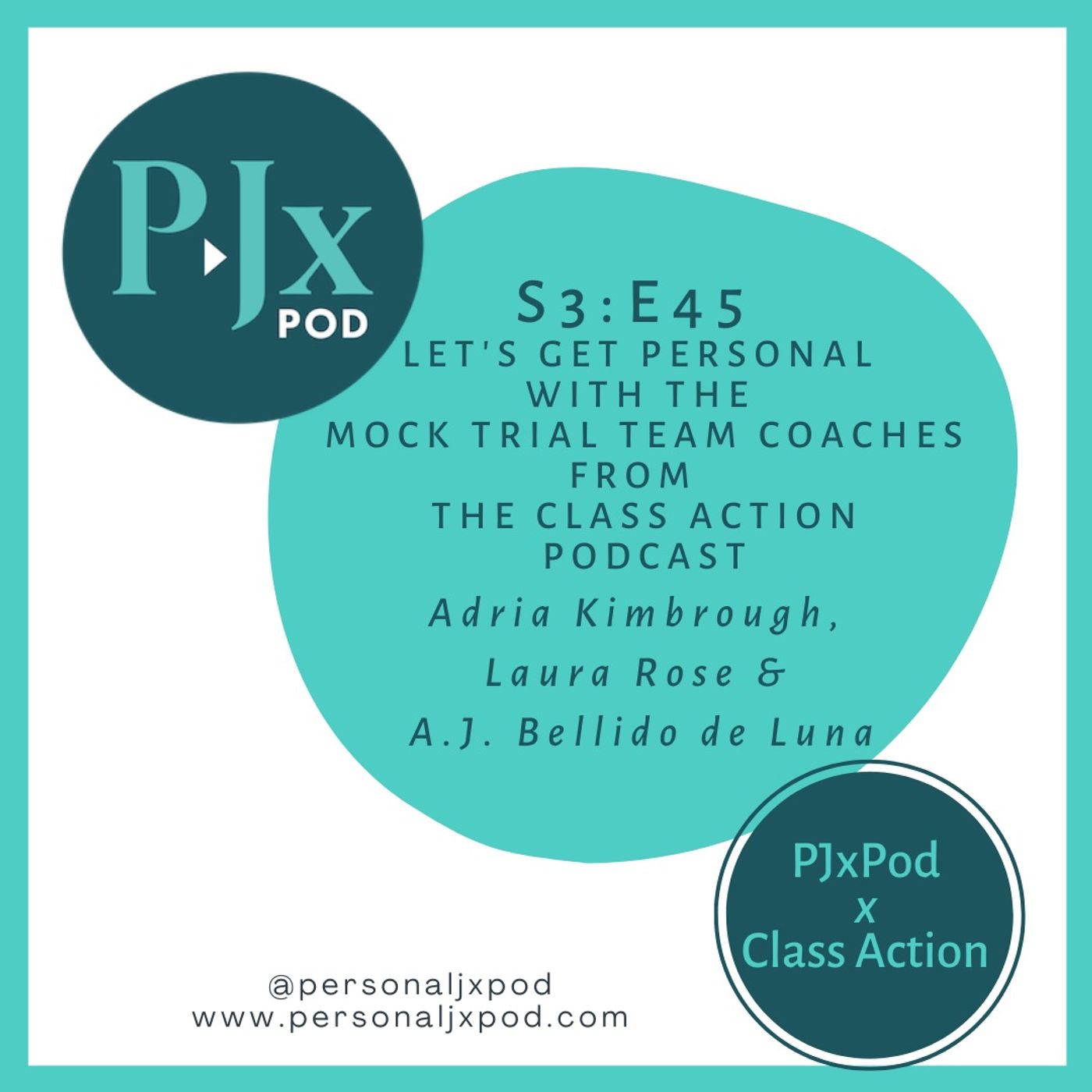 For our 45th episode and the final episode of Season 3, we speak with Adria Kimbrough, Laura Rose, and A.J. Bellido de Luna, three of the mock trial coaches who appeared on the Class Action with Katie Pfang podcast. We thoug… 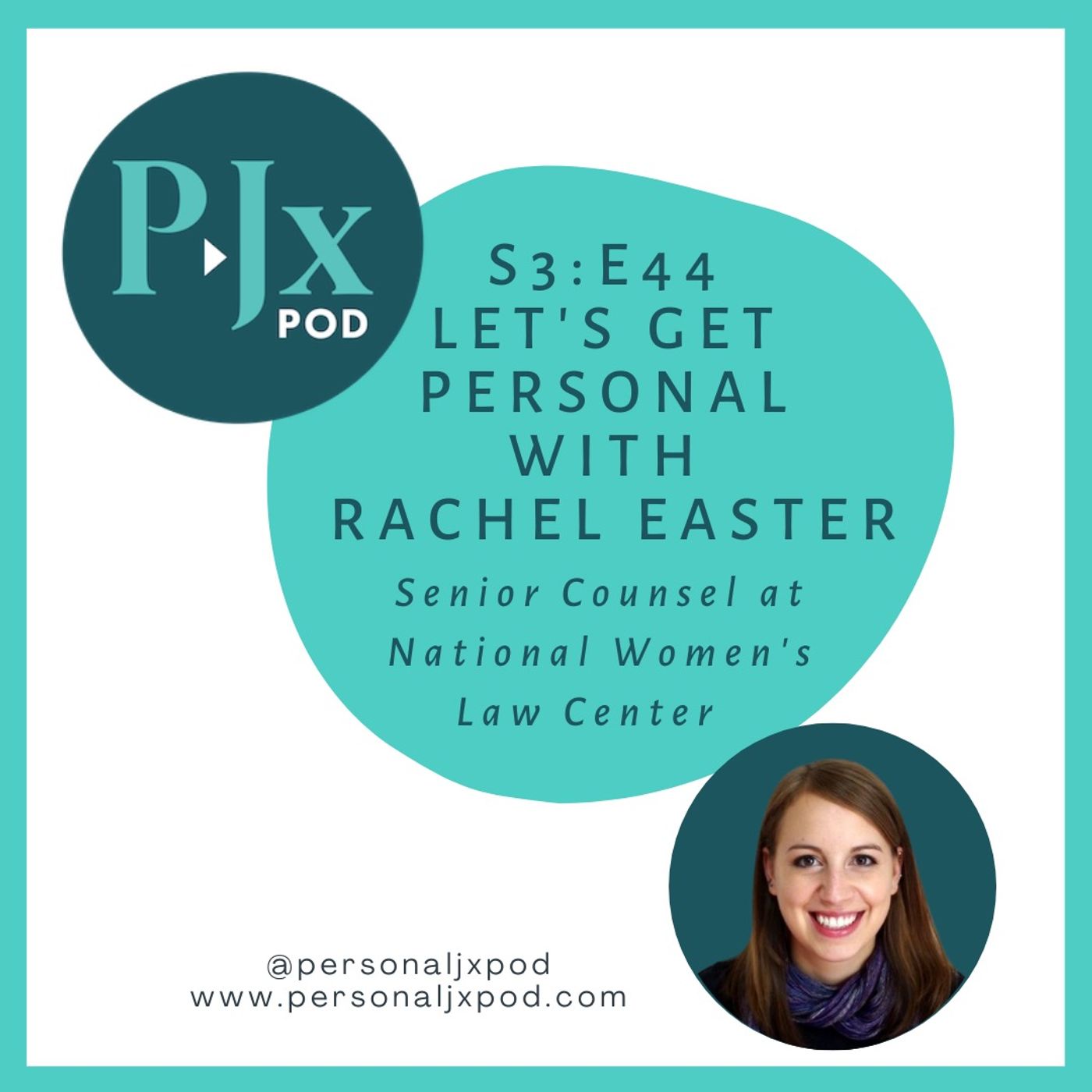 On Episode 44 of Personal Jurisdiction, we chat with Rachel Easter, Senior Counsel and Director of Federal Abortion Policy Initiatives at the National Women's Law Center in Washington, D.C. Rachel shares insights about the r… 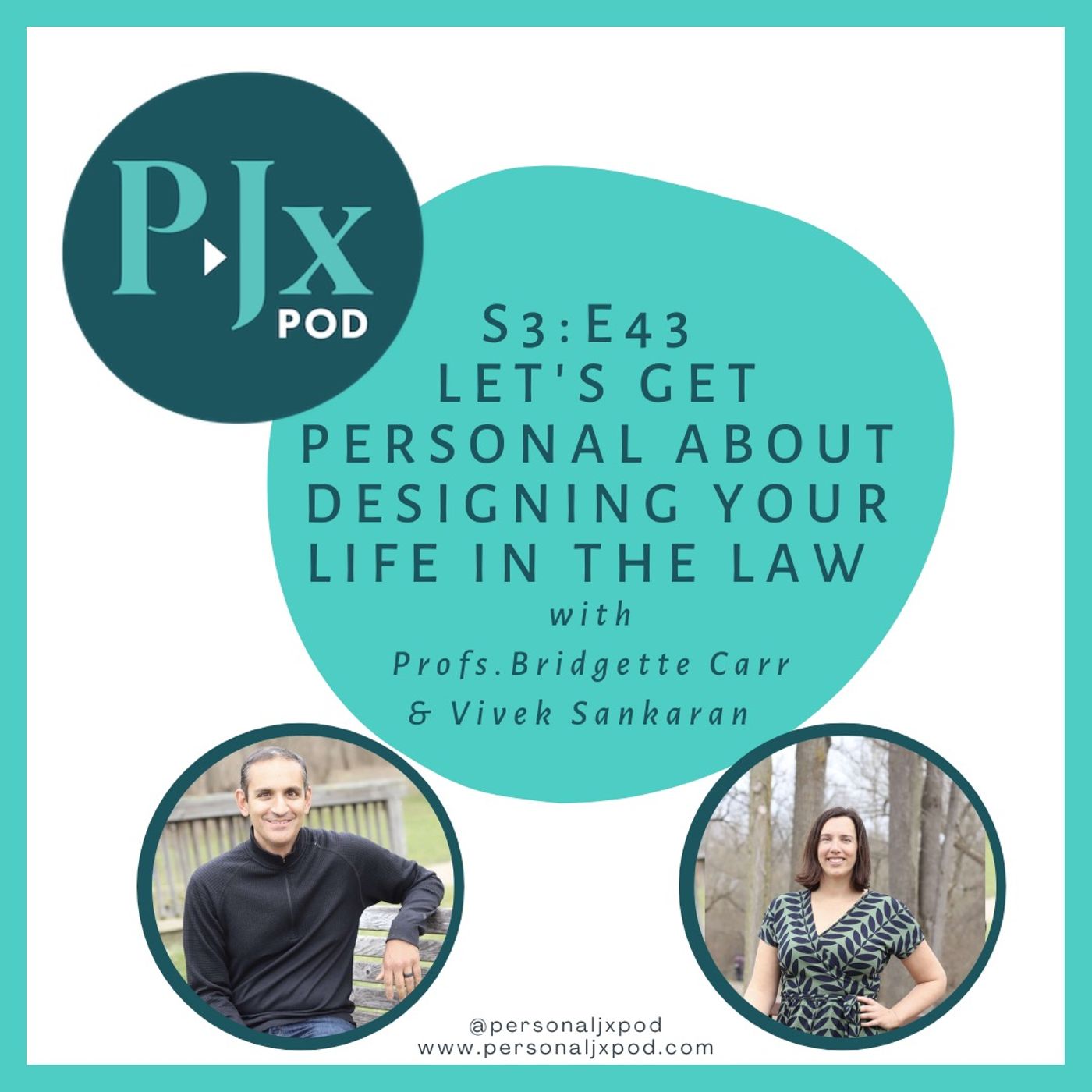 "Tell me, what is it you plan to do with your one wild and precious life?" You may remember Bridgette Carr and Vivek Sankaran from our Mental Health Awareness Series last spring. Bridgette and Vivek are both clinical profess… 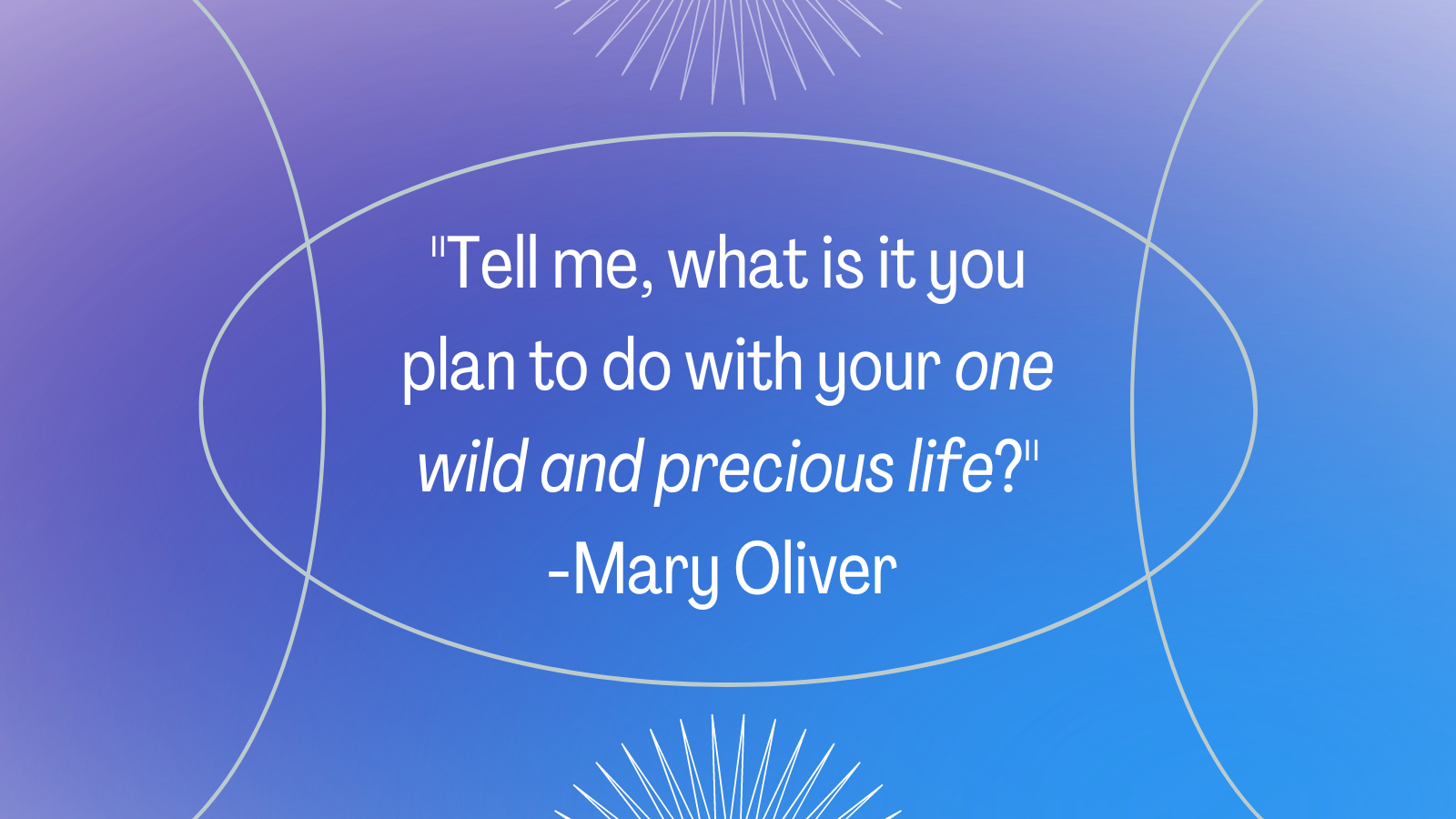 Do It Yourself! Try the LawView, LifeView, and Journey Mapping Exercises from E43: Let's Get Personal about Designing Your Life in the Law with Bridgette Carr and Vivek Sankaran

We hope that you enjoyed our discussion with Professors Bridgette Carr and Vivek Sankaran. If you'd like to give the LawView, LifeView, and Journey Mapping exercises a try for yourself, the information for each of those exer…

View all Episodes View all Blog 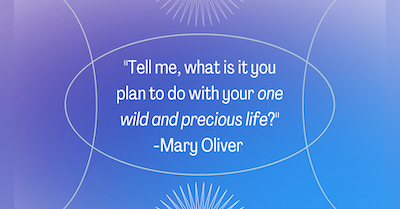 We hope that you enjoyed our discussion with Professors Bridgette Carr and Vivek Sankaran. If you'd like to give the LawView, LifeView, and Journey Mappi… 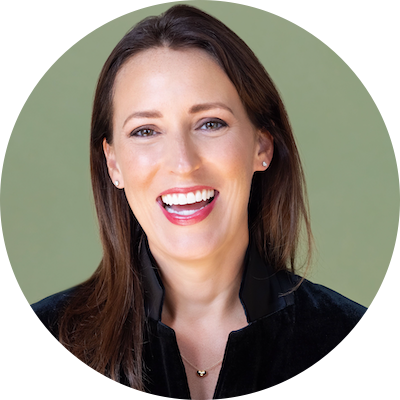 Hallie Ritzu is an attorney in Chicago, Illinois and is the owner of Olive Avenue LLC, an estate planning law firm. She spent the first seven years of her legal career at a big firm in Chicago where she focused on trust and estate litigation and estate planning. Hallie is also an adjunct professor at the University of Illinois Chicago Law School where she teaches Lawyering Skills, a course designed to immerse students in the art of legal writing and research.

Hallie earned a B.A. in Political Science and Spanish from the College of Charleston and an M.A. in Spanish from Middlebury College. 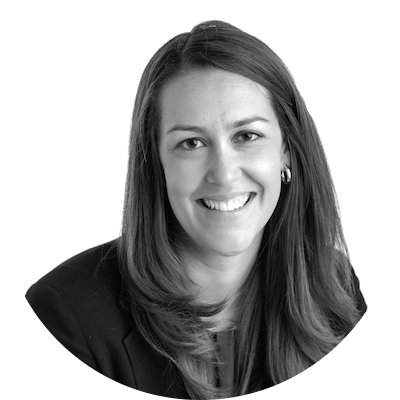 Allison Freedman is an Assistant Professor of Law at the University of New Mexico School of Law in Albuquerque. Prior to her time at UNM Law, Allison was a Clinical Teaching Fellow in the Civil-Criminal Litigation Clinic at the University of Michigan Law School. She spent the first three years of her legal career at a big law firm in Chicago where she focused on white collar and financial services regulatory and litigation matters. She went on to clerk for the Honorable Joan H. Lefkow in the Northern District of Illinois. During the second year of her clerkship, she also became an adjunct professor of Advanced Trial Practice at Northwestern Law.

Allison graduated from Northwestern Law, where she was on the Bartlit Center National Trial Team and the comment editor of the Northwestern Journal of International Human Rights. She was also an avid clinic student, working in three different clinics on a wide variety of cases—primarily civil rights, death penalty, and criminal cases involving youth.

Prior to law school, Allison received a Fulbright Fellowship, during which she taught classes in politics, debate, and Spanish at a university in Hong Kong. She earned her B.A. in Political Science from the University of Pennsylvania.

Figuring out your legal career can be daunting…

"…but Personal Jurisdiction makes it seem a little less scary. A lot of the messaging that law students and young lawyers receive about their careers is inconsistent and myopic—“BigLaw is the best pla…"

"Great insight for law students and young lawyers on the varied (and non-linear) paths available after your JD. Thoughtful, personal content applicable to anyone thinking about their own legal career,…"

"Not your standard look at legal career path development. Probing, insightful - and fun!"

"This podcast is fantastic for young lawyers and law students. The hosts give great insights into law school, work life, big law, academia and the importance of following your dreams in law. These two…"

"Hallie and Allison cut through the noise and rumors around careers and paths once you graduate from law school. Both are engaging, personal, and provide great advice!"