Let's Get Personal with Ally Coll, President and Co-Founder of The Purple Campaign 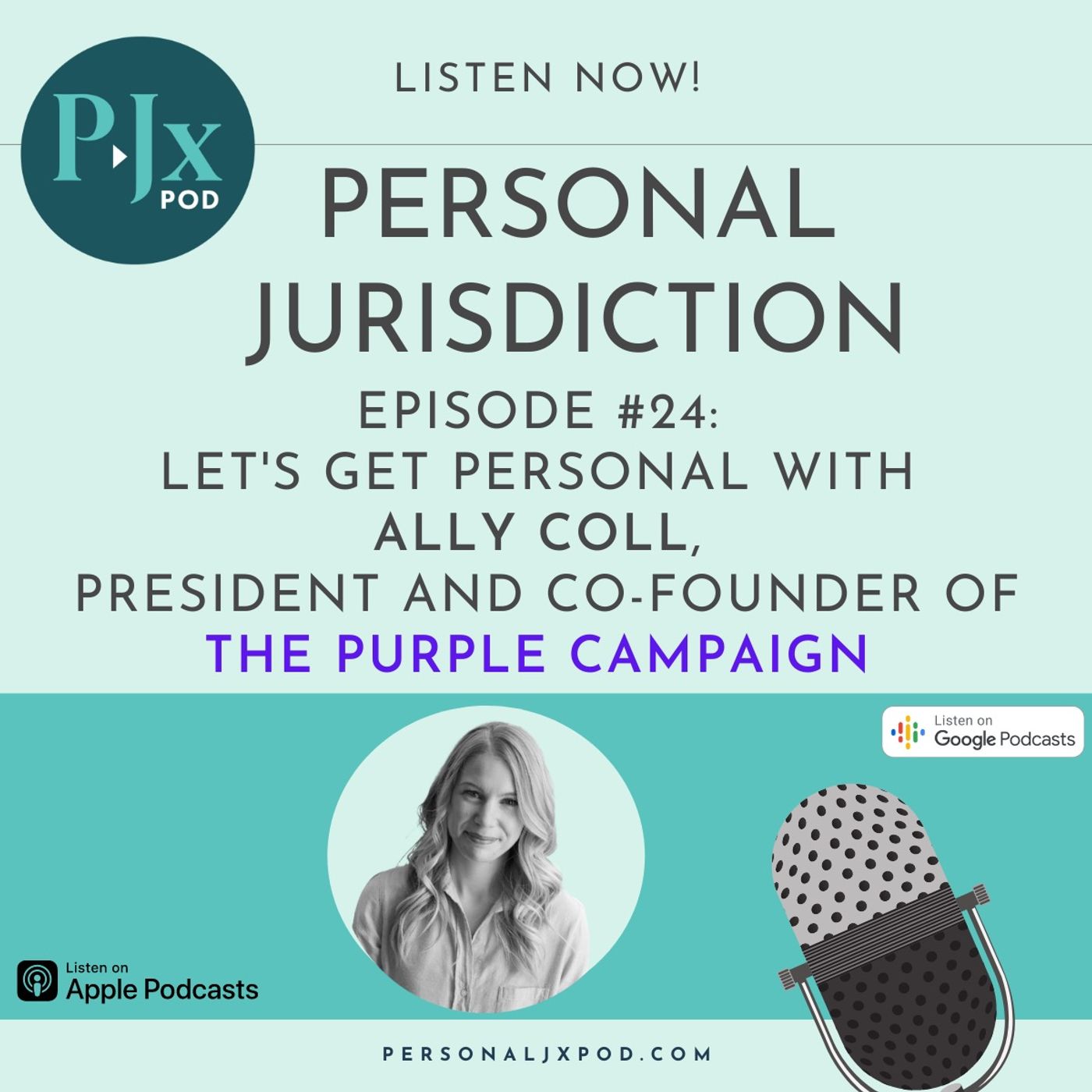 Join us for the last episode of Season 2 as we chat with Ally Coll, President and Co-Founder of The Purple Campaign. Ally shares how she became interested in politics and saw the power of grassroots organizing before law school (hint: Ally worked for Obama before he was President Obama), why she chose not to write on to law review or apply to clerkships during law school (hint: upon graduation she went to work for Hillary Clinton's legal team), why she chose to share her #MeToo story in the Washington Post, and how this ultimately led her to found the Purple Campaign, a non-profit organization whose mission is to address workplace harassment. Ally also discusses her recent testimony on Capitol Hill in support of the Judiciary Accountability Act, which would apply certain civil rights and employee protection laws to judicial branch employees.

Although this concludes Season 2, we're not going far. Stay tuned for our mental health awareness collaboration, which will be released as a series of episodes in May!

Ally Coll is the President and Co-Founder of the Purple Campaign, a non-profit organization whose mission is to address workplace harassment. She is an attorney and a nationally recognized expert on gender equality in the workplace and the #MeToo movement.

Prior to founding the Purple Campaign, Ally was a litigator in private practice in Washington D.C. where she also spent time on Capitol Hill as an aide in both the U.S. House and Senate. During the 2016 election she joined Hillary Clinton’s legal team in headquarters as the Deputy Director of Voter Protection.

Ally is also an Adjunct Professor at George Mason University, where she teaches civil rights law. She is a 2007 graduate of Tulane University and a 2016 graduate of Harvard Law School.

Learn more about the mission of the Purple Campaign.

Check out Ally's testimony in support of the Judiciary Accountability Act.

Connect with Ally on LinkedIn.

See you next week!