Let's Get Personal with Leah Litman, Professor of Law at University of Michigan Law School 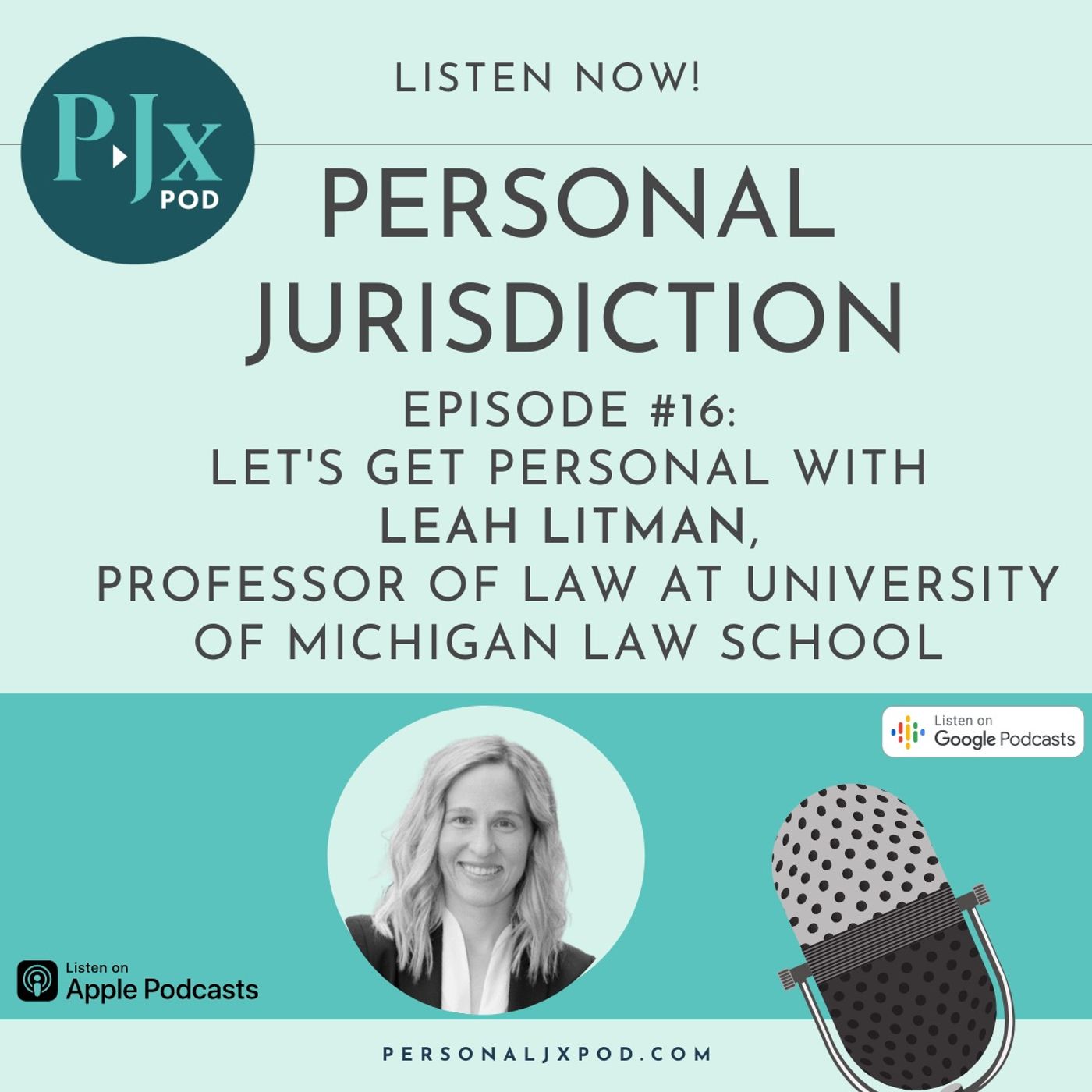 On Episode 16 we chat with Leah Litman (@LeahLitman). Leah is a Professor of Law at the University of Michigan Law School. She is the Co-Host of the Strict Scrutiny Podcast (@StrictScrutiny_) and Co-Founder of Women Also Know Law (@WomenKnowLaw). We chat with Leah about her path to legal academia, including her SCOTUS clerkship, her time in private practice, her commitment to gender equity, how she deals with criticism, and her adorable dog, Stevie Nicks.

Leah Litman is a Professor of Law at the University of Michigan Law School. She teaches and writes on constitutional law, federal courts, and federal sentencing. Her research examines unidentified and implicit values that are used to structure the legal system, the federal courts, and the legal profession. Leah’s scholarship has appeared in several top law reviews. Her work also appears in popular media, including The New York Times and Slate.

Leah is also the co-host of Strict Scrutiny, a popular podcast about the United States Supreme Court and the legal culture that surrounds it. Strict Scrutiny has a different voice–one that celebrates the contributions and opinions of women and people of color. She is the co-creator of Women Also Know Law, a tool to promote the work of women and non-binary academics.  Leah also maintains an active pro bono practice. For example, she was part of the litigation team in Garcia v. United States, one of the successful challenges to the rescission of the DACA program, for which the team was recognized as California Lawyers of the Year.

Prior to her position at Michigan Law School, Leah clerked on the Sixth Circuit Court of Appeals and on the United States Supreme Court. Following her clerkships, she worked at WilmerHale in D.C. She was a Climenko Fellow and Lecturer on Law at Harvard Law School, and an Assistant Professor at the University of California, Irvine, School of Law.  Leah has won several awards for her teaching--in 2021 Michigan Law students awarded her the L.Hart Wright Teaching Award, and in 2019 she won the Professor of the Year Award while at the UC Irvine School of Law.

Leah is a graduate of Harvard College and the University of Michigan Law School.

See you next week!